ASKI has been actively creating art since around 2006; the first interactive objects were built and exhibited in early 2014. In almost all of his works, software plays a central role as a medium: in the first creative period, software served as a tool to create digital graphics, animations or even sound compositions. Since 2014, software has been a core component of his mostly interactive artworks. Software as a medium is considered rather exotic in the visual arts. ASKI's body of work attempts to shed light on as many aspects as possible of the question of what additional new possibilities arise from the use of software in art. There are aspects that are completely new, for example, the character of a work can change by changing the software that runs in it. Questions about the original of a work arise as well as completely new aspects such as versioning or even the influence of artificial intelligence.

The exhibition "Someone Alive" at Galerie Biesenbach shows 3 large-format works by the Cologne artist ASKI. The exhibition is planned for the period June 2021, but may still be subject to date changes due to the Corona pandemic. The generous support of the kunstfonds was used to finance the realisation of the works, which have not been produced in this size before, and to offer a catalogue to accompany the exhibition.

The exhibited works are large-format objects (120cm high, 51cm wide) that are made flat (3.5cm deep) and mounted hanging on the wall. All three objects are externally and internally constructed in the same way: they consist of two rigidly connected shadow gap frames made of wood, in which floating plates are embedded. The upper plate is made of copper, the lower plate of white-coated aluminium dibond, and the back wall is made of tool steel. All exhibited objects contain LEDs inside, the light can penetrate to the outside through the floating suspension of the plates. It is explicitly desired that the copper plates are touched by the viewer, in addition the objects contain hidden distance sensors so that the light generated inside can change due to the touch and presence of the viewer. The three objects differ only in the way they react to touch and presence: on the outside they seem to be completely identical, but inside they have different processes going on. The visitor is confronted with the question to what extent an abstract object can have an inner life, such as moods, and how he as a visitor affects the object. The three objects are also in contact with each other and can send each other messages. Furthermore, the objects have an interface that can be reached from the outside, so that the viewer can use his smartphone to gain an insight into part of the inner life. The objects have a memory and also a sense of time, so that reactions can vary based on the time of day, mood as well as experience.

For 40 years, the Stiftung Kunstfonds has been committed to promoting artistic creation in Germany and supporting the mediation of contemporary visual art nationwide. Many now recognised and successful artists began their careers with an Kunstfonds scholarship. Today, they are represented worldwide in exhibitions, biennials and art fairs; their works are shown in renowned museums and collections. This is proof of the Kunstfonds committees' feeling for emerging talent and the targeted promotion of artistic work.

Every year we award up to 2 million euros to artists, galleries, art associations, museums and independent curators. So far, we have supported around 2,700 scholarship holders, projects, exhibitions and documentations - with a total volume of more than 37 million euros. During the Corona pandemic and within the framework of NEUSTART KULTUR , the Art Fund also made a significant contribution to maintaining and strengthening the nationwide art scene and awarded special grants. 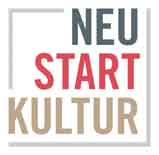